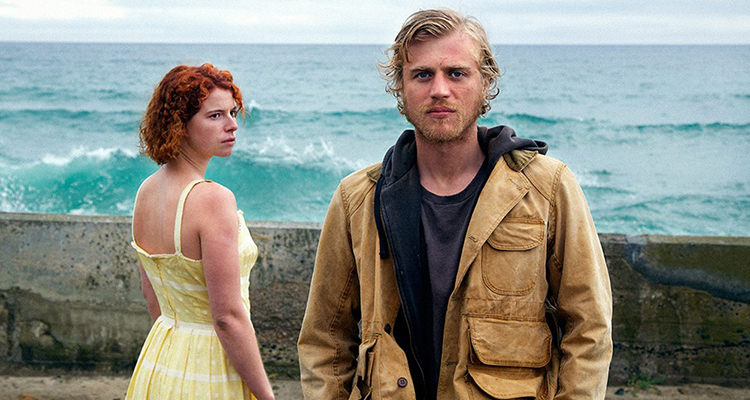 So we watched the new film starring Johnny Flynn and Jessie Buckley with a full crowd in our cosy Crouch End cinema. All merrily munching our salted caramel popcorn and scooping no calorie chocolate chunk toffee ice cream into our mouths, whilst the heroine is bludgeoning a dying rabbit to death. Actually Beast is a great film, beautiful yet slightly eerie setting of Jersey with fabulous casting as Geraldine Jamès as the domineering bullyish mother and Tristan Gravelle as the smarmy  local copper. The film is about a young lonely woman, who is a tour guide in the day but has recurring nightmares about her disturbing past. She meets the attractive, brooding and slightly threatening Pascal and they embark on a passionate affair – Clearly tortured souls together. The  film is gripping, clever and we don’t find out who the beast is until the very end and even then….

But another beast revealed itself on Saturday night when the credits rolled . A sea of small oblong screens being checked by all; the young cool dudes, the exhausted new parents, the older generations, albeit the latter taking a few seconds longer to switch them on. What were they checking? What is so important? Anything? Nothing? Could a minute not elapse before Crouch Enders were checking their beasts? The addiction is reaching far and wide, no longer just the techy youth but grandmas too?? Actually they are checking nothing. Maybe  we leave phones at the door/ at home so we can at least complete 120 minutes without the tiny Beast shining back at us?

Filed under:
Back to blog

Attic are great people to work with, they were very sensitive to our needs and able to find exactly the right person for our team now, and for our future ambitions. I recommend them to any ‘creative business’ and for anyone who needs intelligent and talented staff.